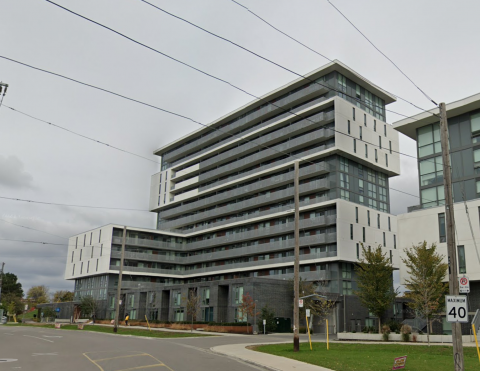 Rent control is a control on the cost of rent for a given unit. Most rent control comes in two flavors. Max rent increases per year, or scaled to income. The point of rent control is to keep more people in their homes, especially when productivity is improving while real wages are not and no one can afford the down payment on a mortgage. Ontario rent increases are based on inflation are set for each year, except for exempt units. Which have no limit so long as it doesn't appear to be designed to illegally evict a tenant.

Ontario has had rent control for many years. Starting in 1944. The rent control we have now had been unchanged nearly for 12 years, 2006-2018. When Doug Ford's Conservative Government took the breaks off and gave a blank cheque to landlords to extract rent from their tenants with no needed justification.

Doug Ford made it such that any building built after 2018 November 15th was not rent controlled. The way this law is written it allows new basement apartments or any additions to apply for that exemption. The law is pretty vague, and does say the landlord has to prove that it does qualify, but capital protects itself. However, the keen among you will realize landlords are incentivized to lie here. They hold all the power here and can just "say" they unit was made after 2018, even if it wasn't. It becomes a nightmare for any tenant to fight back against a rent increase. I experienced this violence first hand in in 2022. It's legal extortion, if the tenant believes the building is older then the landlord can simply apply for eviction and the tenant has to attend an eviction hearing. Eviction itself is violence, and they will use that fear against you.

My hope is I can help at least on person fight back against their landlord using the information I learned while fighting my landlord.

160 Flemington Road was first occupied in October of 2018.

I want to give you all the evidence you need in this section. Again, the landlord needs to prove it was not built before November 15th 2018, not you. But having counter examples to their claims is the most powerful evidence.

First some other cavets: you should check that your notice of rent increase that you receive is legal. 3 important factors are: did you receive it 90 days before the increase; has it been 12 months since the start of your tenancy or when the last increase was, was it filled out properly with the correct N1 form. If they did anything wrong, you already have at least 90 more days of wiggle room to work with.

Read the landlord tenant act, especially the parts the apply to rent increases. Keep everything in writing, if the landlord calls you ask them to send you an email/mail with any thing they are asking for. Keep all the bits of paper they give you and don't delete communications, you may need it later.

The exemption carved out by Doug Ford states the following:

2. The rental unit is entirely located in an addition to a building, mobile home park or land lease community and no part of the addition was occupied for residential purposes on or before November 15, 2018. 2018, c. 17, Sched. 36, s. 1.

In summary. The exemption only applies if the building not the unit was used for residential purposes no earlier than November 15, 2018 (i.e. it was after exclusively). A unit that was not occupied for the first time until after November 15th 2018 does NOT qualify for this if the building was at ANY POINT used for residential purposes before that. A unit is NOT an addition. A different floor is NOT an addition.

One very annoying thing about this law is that its explained very vaguely on the Ontario website, surely to make tenants not fight too hard of their rights.

First, the builders of 160 Flemington, Context Development Inc stated on September 13th 2018 that the building was scheduled to move in - in October. Given it is so close to the move in date it would be expected that if there was an issue and they needed to push it back they would put an update on their website. They never did!

Pre-delivery Inspections (PDI’s) have now commenced and occupancies are scheduled for October!

Second, its easy and possible to find historical ads from 2018 that show that relators were renting units to tenants in October 2018 as "never lived in".

Source: condos.ca (you have to login)

The nail in the coffin.

The building manager knows it is rent controlled but hopes that you don't know that. And he would recommend LYING to your tenants so you can illegally raise rent. Jim Buhagiar should be ashamed for saying this to anyone. Thanks to another 160 Flemington Road Tenant for providing this information.

With this information, and the above laws, it should be clear to see that the building is rent controlled, and this should empower you to fight back. Your next steps given you've gotten a notice of rent increase is to send an email or letter to your landlord stating that the building is not exempt from rent control, send them the proof, and do not pay the increase.

Sometime in March I received notice that my rent would be increasing to $2400 from $2000, a 20% increase. This is illegal as we discovered above. However, it took me 3 months to find enough evidence that the building was used for residential purposes in 2018 of October. I searched for legal documents, blog posts, conversations, Facebook posts everything possible to find a date that the building was "built". Most websites said it was built in fall/winter of 2018. It turns out I was looking for the wrong thing, I should have been looking for when the building was used for residential purposes.

The first evidence I found after going through every page of the context blog was the statement that the building was having move-ins in October 2018. I thought: well that's not very strong evidence, what if they pushed it back. None the less I wrote a letter to my landlord and sent it with a print off of the website. When I payed my usual $2000 rent in June, instead of the $2400 she attempted to extort from me she immediately told me she was going to evict me if she didn't pay her demands. I asked her if she got my letter, and assured her she would get it shortly, but I summarized the law as I understood it and that I knew the building was used for residential purposes before October 15th 2018. She continued to threaten me, saying the following:

[...]. My PDI Inspection was scheduled on January, 2019. Before the whole building finished the PDI Inspection, no unit in the building could be occupied.
And I just checked my mail box, I still didn’t receive your mail. By law, if you are using regular mailing to send notice, you need to send it 5 days ahead. Technically, you already passed the deadline, it’s considered as you agreed with the new rent fee.
I consulted with lawyer before I sent the rent increase notice to you. I did every step by law. So please [email money transfer] the rest of the rent by end of today or I have to start the eviction process.
Thank you.

I don't know what a PDI Inspection is but I told her it doesn't matter when she moved in, its when the building was first used. Its pretty obvious to me that Context would not move in every single floor/resident at the same time. She also seemed to lie about the "Before the whole building finished the PDI Inspection, no unit in the building could be occupied." part. That's just bullshit from her. She says two things: the deadline to fight a rent increase is the day of the increase, which is false, there is a 12 month deadline. And that I agreed with it by passing a deadline, which again is false, there is nothing in the law which says that. If she consulted with her lawyer, the lawyer obviously knows less than I do.

After I said all that to her, she claimed she was just going to give it all to her Lawyer to work it out which is where were at today. I don't think she will be able to argue that she actually deserves a 20% increase.

This whole experience, however, has been extremely scary. Uncertainty and doubt the whole way. How are we going to survive if she increases our rent by $400? What about our goals to leave this place eventually, they would be moved back. What if she sends us an eviction notice and we miss the deadline to cancel the eviction by paying it out? Now that I found this evidence of the place being rented BEFORE November 15th 2018 I know that I'll be able to work it out but the harassment/extortion here is clear. She threated me no less than 3 times in text messages.