Why I won't be playing Pokémon Go: At least for now 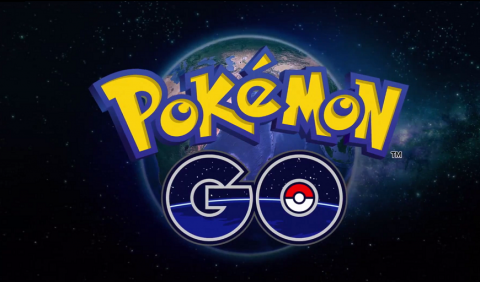 Pokémon Go was released on July 6th, and in Canada has July 17th. Before it was released in Canada I was attempting to find ways to trick the Play Store in order to get it early. If you search for these type of region bypasses on popular search engines you get links to sites with sketchy downloads of Android apks. I eventually gave up trying to get it from the official Play Store while a huge number of Canadians already found ways of getting it.

To the point. I will not be playing Pokémon Go now that it is available in Canada. I provide the following reasons.

Lets start with novelty. Pokémon Go was released by Niantic in a number of countries on the same date July 6th, once that occurred a number of Internet personalities and news sites reported on almost every facet of the experience. One of the reasons why Pokémon was originally exciting was because as young children we had nothing better to do, and the Internet was not popular at the time so knowledge of Pokémon was sparse. The discovery of new things was part of the novelty of the original Pokémon games: Red & Blue, Gold & Silver. Now that everything has been discovered in the game I feel like we as Canadians are getting the left-overs Pokémon Go excitement. It suffices to say that I have probably spoiled the experience for myself.

Pokémon Go consume lives, many of the Internet personalities that I follow whom also report on Pokémon Go felt the increase in audience interaction and released a large amount of content around it to capitalize on the trend. It's officially summer. They are taking in the whole experience and it is consuming their free time. University, college, high school, and primary school students are all out and trying to find ways fill the ~2 months with activity. This was probably the best time for Niantic to release Pokémon Go to grab daily users. I say I have more productive things to do, a consequence of being in a rapidly moving field. I need to study, refine, and expand my skills to get ahead.

Pokémon Go is not well designed. Here I'm not complaining about the server issues. However considering Niantic is a spin off from Google you'd assume they would know how to handle massive number of users. Here I'm complaining about the user experience, in order to walk your eggs in Pokémon Go you must have your phone screen awake at all times. A few people on Twitter of whom I follow have been keeping multiple cellphones and battery banks in order to keep their charge with mixed success. Stores have been selling out of battery banks. If you search for "battery pack for Pokémon Go" there are already online retailers capitalizing on the Pokémon Go success and marketing directly to Pokémon Go players. This all seems like work when it comes to playing a game.

Finally I don't live in a big city, the population of my centre is roughly 15'000 people. There isn't a big city feel where you can walk around and explore different sections of the town. Unlike downtown Ottawa, which is familiar to me, my town doesn't have social areas packed with people at restaurants and cafes. There is also a lot of poverty, alcoholics accosting strangers, and other social-societal issues. I could drive to another locations but see the part in the previous paragraph about "seems like work."

That's it, I say I wont play it given all the reasons above but my succumb to peer pressure if my friends or colleagues start playing it around me.